Our teachers, specialists and administrators change lives every day. Visit our Classroom page to learn more about our teachers.

If you ask if something is good enough, the chances are you already know the answer to the question; it can be better.  In her 19 years in the field of special education, Melanie Carfolo has never accepted an assignment from a student or a project from a professional when he or she submits it while asking, “is this good enough.”  She has experience working in urban, suburban and rural schools as a teacher, co-teaching facilitator, educational consultant, and special education director.  She always brings a passion for high educational outcomes for students with disabilities to her work, regardless of setting.  Melanie is the executive director of The Rich Center for Autism at Youngstown State University.

While at The Rich Center for Autism, Melanie has developed policies and procedures to ensure high expectations are established for all students, improved morale for staff by implementing a system of shared leadership, and provided professional development for staff on topics related to the development of Individualized Education Programs, creating and implementing SMART goals, and much more.

Melanie holds a bachelor’s in elementary and special education from Youngstown State University, a master’s in educational administration with additional course work for both principal and superintendent licensures from Ashland University’s Stark Campus. Melanie enjoys spending time with her two children, Olivia, 14, and Michael, 11.  Together, they attend sporting events, cook, bake and binge watch shows on Netflix.

Director of Academics and Outreach

Gregory Boerio, Ed.S. Certificate, NCSP, is the Associate Director of Academics and Outreach at The Rich Center for Autism. With a background as a school psychologist and special education administrator, Greg was previously employed as a consultant for State Support Team Region 5 and focused on topic areas such as positive behavior interventions and supports, universal design for learning, integrated comprehensive systems, and the Ohio Improvement Process. Greg completed his undergraduate work at Duquesne University prior to earning his master's of education and education specialist degrees in school psychology from Indiana University of Pennsylvania. He strives to better the educational experience for each individual student while working to transform the system responsible for meeting the needs of all learners. Greg is married to his wife, Brianna, and together are the proud parents of their son, Anthony. In addition to spending time with his family, Greg enjoys attending sporting events and is an avid fan of musical theater and the arts. Greg is proud to be a born and raised Pittsburgher. Go Steelers!

Tia S. May worked as an after-school coordinator at the YWCA for 2 years then moved to working in daycare for 5 years with 3 years as a Pre-School teacher at Wee Care Day Care and Learning Center. Tia has worked at The Rich Center for 11 years, getting hired right out of college as an Instruction Specialist then being promoted to a Lead Teacher in the classroom. She has since been promoted to Classroom Supervisor, and has held this position since 2008. Tia has had many responsibilities throughout the program. Most recently she has been given the responsibility of taking care of all state and licensure regulations for the center.

Tia says that “there is no other job that is more rewarding than being a special education teacher”. “The students at The Rich Center melt my heart everyday with the milestones and goals they reach daily.” Tia loves the working environment here at the center because of the ‘Team Teach Model” used here at the center you really learn how to work with other professionals while gaining so much knowledge in the autism field.

Brendan likes working with the families who come to the Rich Center. He likes that they care so much for their children that they seek out the best services for them. He enjoys helping parents exercise their rights to find the best school for their children, and to maintain the standard that they expect for their education. Brendan very much enjoys getting to work with all the children at The Rich Center at some point in their enrollment here, and the teamwork that the staff at The Rich Center shows in working with the children makes it a team he’s proud to be on!

Rachael has worked in the field of special education for over eight years, six of which took place at The Rich Center for Autism. She has experience working as a Lead Instruction Specialist, Classroom Supervisor, and her current position as a Behavior Analyst. Rachael has a bachelor’s degree in psychology from Kent State University and a master’s degree in special education from Youngstown State University. While working on her master’s degree, she completed certification coursework in applied behavior analysis at Penn State earning her Board-Certified Behavior Analyst (BCBA) certification. She is also a Certified Ohio Behavior Analyst (COBA) though the State Board of Psychology. Rachael enjoys working at The Rich Center and implementing positive behavior support plans for the students. She loves seeing the progress the students make over time and the independence they achieve with every skill they learn.

Julia began as an intern at the Rich Center in the Spring of 2013. She then became an employee at the Rich Center the following summer and has worked here for the past three years. Prior to the Rich Center, Julia was a TSS (wrap-around) in Pennsylvania for Comprehensive Children and Family Services.

Julia very much enjoys working at the Rich Center and loves the connections she makes with students and families and watching her students learn and progress each day! 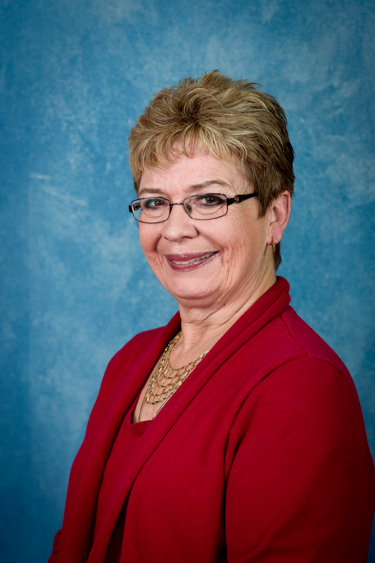 Mary Pat Defino is a proud YSU alumnus with BSBA in Business. She is the Center Operations Coordinator at The Rich Center for Autism and has held that position for almost 2 years now. She has a pretty diverse background. She had worked at the hospital for 17 years, holding several positions pertaining to office management, payroll, and accounts payable, and as a contractor in Cleveland area before coming here.

Mary Pat has a wonderful husband, 3 grown children and 7 grandchildren. She keeps very busy attending to all of their activities, while trying to find time for her and her husband. They enjoy traveling and her bucket list is large.   She and her husband are active members of St. Michael’s Church in Canfield. 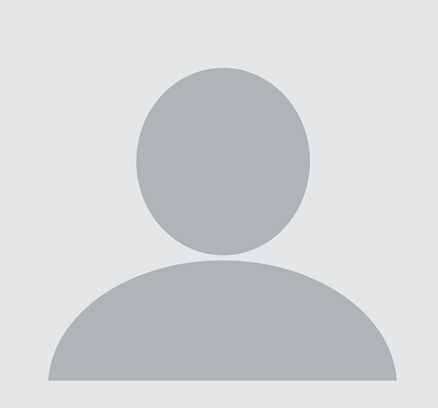 In 1990, I received my high school diploma before I knew that capillaries, veins and arteries were three types of blood vessels. This gaping knowledge hole was not because I failed to attend class and study.

It was, however, the result of having gone through a school system in which I was never taught this basic concept – along with many others that students years younger than me had learned.

Compounding numerous educational deficits was the fact that I had been diagnosed at age two with autism at a time when few people – including many experts – were well-educated about the disorder.

The journey was difficult. My symptoms included being withdrawn and engaging in many repetitive behaviors such as flapping my hands, waving my hands in front of my eyes and going into trances in which I would continuously stare out the window for a half-hour at a time. I also banged my head and rocked back and forth; I did not speak or become toilet-trained until I was almost five, and had gastrointestinal problems as well.

Developmental problems were also a factor related to my autism. Shortly after my diagnosis, my parents were told to place me on special diet consisting strictly of organic foods, fruits, vegetables and vitamins. Heavy metals were in my system and it took a long time before I made progress. I’m the sixth of nine children and my parents were overwhelmed, but did their best with limited means and resources. For example, my father worked a combined 105 hours a week as a firefighter and as an installer of fire equipment for various local businesses. There were few services geared toward children with special needs, and those services lacked expertise in autism specifically.

Nothing was in place for individuals with autism when I started school. From kindergarten through grade 12, I was placed in special education classes in five inner-city schools. The programs were not effective because they were mainly a haven for children with behavior and substance abuse problems, as well as those involved in criminal activities. Many of the teachers couldn’t teach because they had to spend nearly all their time trying to control the other students. Books, learning materials, homework and even written assignments were lacking, so I realized I had to educate myself throughout those years and after high school.

The lack of intervention continued to follow me after high school. I found there were few general and adult education courses to allow me to brush up on my academic skills.

When I entered the job market, I found that I had to make significant effort to gain professional skills and a solid work ethic, and a sense of how to get ahead in the job market. Fortunately, I’ve been employed consistently since my early 20s, and I’ve been able to obtain a car, driver’s license and apartment.

My employment history includes clerical and childcare work, retail and cleaning services. I also attended college and received B’s and C’s without tutoring or academic assistance. I consider myself fully functional; for seven years, I have volunteered and worked at The Rich Center as a general activities assistant. I also work part time cleaning the offices of a local law firm.

For recreation, I exercise regularly and enjoy many social activities with friends and my boyfriend, with whom I’m very close. I also speak at or attend numerous conferences and other autism-related events to share my stories and experiences.